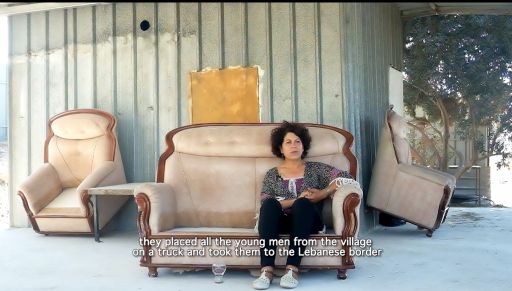 Untranslatability: From Palestine to Hungary

With artistic contributions from Palestine, the project looks at the socio-political situation in Palestine, in dialogue with that of Hungary. While also highlighting an artistic and political discourse that is not prevalent in Hungary, the project considers civic self-organization and the role of artists and intellectuals in facing oppression. The two-night event examine how the strategies of resistance, survival, and subversive acts in Palestine have changed from the propaganda films of the 1970s-1980s to today’s most recent, video-based contemporary art pieces.

The two-night program, by presenting recent and older video works by Palestinian artists, centers around the role of art in Palestinian history and the present, in relation to its changing strategies of resistance and perseverance. Divided into chapters on methodologies, such as dark humor, camouflage, and infiltration, the videos are also formal experiments produced by a specific context. Together with the discussions after the programs, the project as a whole, while taking into account the impossibility of comparing the situations in Palestine and Hungary, goes beyond national identities and addresses rather the complexities of contexts and situations, albeit ones from which strategies and experiences can be shared.

The program is in English.

Supporters: The Arab Fund for Arts and Culture