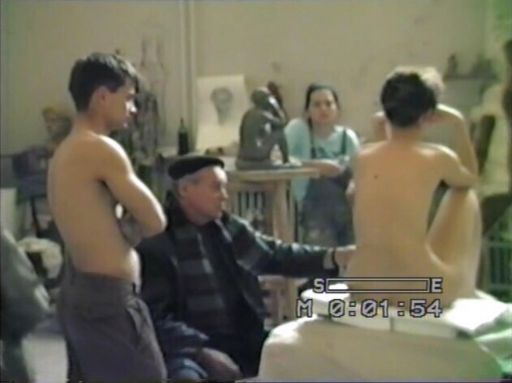 Venue: The former Microfilm Archives of the National Széchenyi Library
1054 Budapest, Hold u. 6.

Through films, installations, and a wide variety of media, Little Warsaw addresses historical memory and confronts personal encounters with social experience. In the research, publication, and exhibition project Rebels, the artist duo revisits the revolutionary events that took place at the Hungarian Academy of Fine Arts in 1989 and 1990.

The student’ actions at the Hungarian Academy of Fine Arts have served as a model for the greater changes in the political system of the country. The students had to face the challenges of democratic decision-making and self-governance; they had to articulate their visions about art education and learn how to use publicity to achieve their goals within the old-fashioned hierarchical structure of the institution. Among other aims, they wanted “new media” (video etc.) to become part of the curriculum, but more important was their demand for academic freedom and the possibility to choose their own teachers. As a result of the student movement, the Intermedia Department came into being, and the teaching body of the Academy was joined by numerous artists from the neo-avant-garde generation who had previously been pushed into the background, such as György Jovánovics, Dóra Maurer, Zsigmond Károlyi, and Tamás Szentjóby. Based on a decade of research, Little Warsaw documents these events in the form of a photo-comic book, and through a new installation as well.